Chronophonics is an interactive installation that lets you contribute to shared musical canvases. Inspired by collaborative internet art like Reddit Place and Photoshop Tennis, Chronophonics is a public musical canvas, editable by anyone who visits the web page. It consists of multiple networked interfaces where you can make edits to the music and submit those changes to the shared history of the interface. Each interface allows you to traverse the history of the canvas and see other people’s changes. Animations running in the background of each canvas are reactive to the music being created, and change along with the music as you traverse the history of a canvas.

The amount of change you can contribute to the musical canvas is limited to a certain number of actions, with a countdown timer limiting how often you can contribute. In addition, the interface will sometimes block you from performing certain actions – think of this as a virtual conductor guiding performers to play a score. By scrolling through the history you see the arcs of the conductor’s influence.


Alec Resende is a musician and hacker, who’s spent the last decade streamlining his creative processes into a unified system for artistic expression. He co-founded Universal Sequences to develop a browser-based DAW, which melds core aspects of several hardware sequencers with a community-based, knowledge-sharing ethos. He hopes to empower collectives to cooperate artistically and economically.

Avneesh Sarwate is a musician, programmer, and multimedia artist whose work centers around audiovisual improvisation and performance. His creative practice melds both live performance and interface design, exploring how creative tool development can influence aesthetics and vice versa, particularly in the realms of music and real time graphics.

Ryan Rose is a saxophonist and technologist, and an alumnus of the Georgia Tech Center for Music Technology. His creative works include musical robots, physical musical interfaces, and experiments with human voice in digital composition. Ryan works as a cloud engineer at Bose in Boston, Massachusetts. 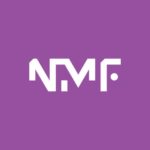